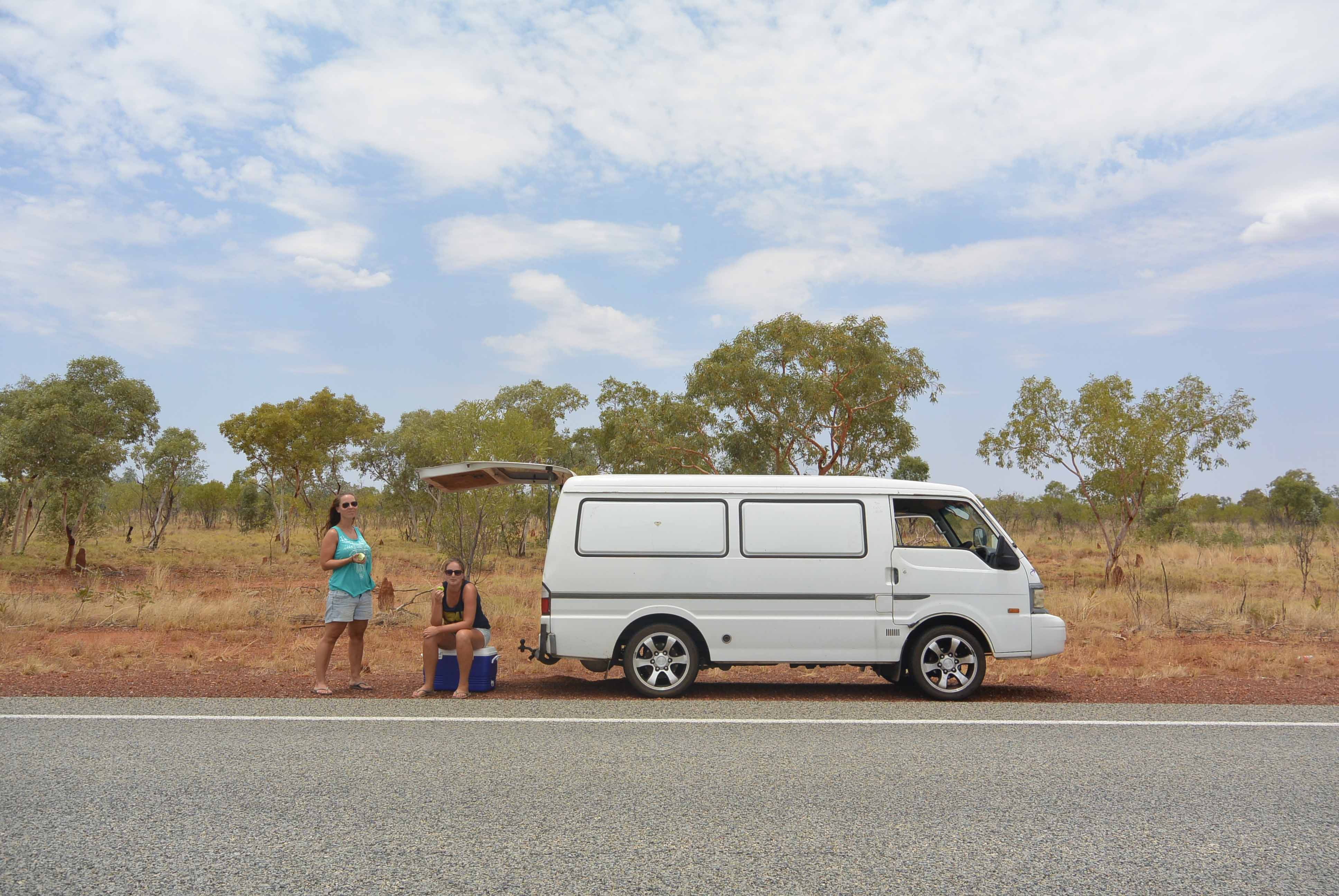 Over three broke girls in the outback

Me, Leslie and Linda vs. the Australian outback. Armed with only a caravan and three months’ time, this is the road trip of a lifetime.

The caravan isn’t as determined as we are and after only being on our way for a little while, smoke erupts from the engine, which is conveniently located directly under the passenger seat. No one will be occupying that seat anymore. The temperature is in the 40s and it would be hours walking to get back to town for help. Thankfully, a young man, Nathan, offers his help to us. He tows us be in to town for free and gets into contact with a local garage, Double R, to see what can be done.

After waiting seemingly forever, Pete, the mechanic, comes to us with the diagnosis. ‘Unfixable’ he says. Shit. There goes 5000 dollars, our transportation and the roof over our heads. It’s a set-back, but it definitely spices up our adventure. But what do we do now?

Ben, another mechanic, offers us a drink and we decide it may be best to drown our sorrows for now. After a while, we’ve forgotten our mechanical mishap and are enjoying the company of the mechanics. Ben even offers us a place to stay for the night. He lives in a property owned by the garage, where sometimes other mechanics stay as well. We say yes right away but don’t expect more than a rusty barn, but then again what do we have to lose?

“You’re into a barbie tonight?” Ben asks us. Of course! We only later realized this was something different from the Dutch barbeques at home. First, we take in our home for the night. Ben’s place would be best described as student housing for adults. It’s a one-floor building with a small driveway and a couch, a dartboard and a giant barbeque in front of the house. The inside is bare: two IKEA couches and a dining table hidden in the kitchen are all there is to see when talking furniture. There are three bedrooms. One for Ben, one for Bryce (another mechanic), and the middle one, that’s ours. We dump our stuff and head back to the important things. Beer and barbie!

Apparently the entire garage has been inviting to tonight’s festivity. Maybe they’re celebrating something, or maybe it’s these females that rolled in this afternoon? We don’t really care, we’re enjoying ourselves immensely. After way too many beers, they finally decide to turn on the barbeque. A good 45 minutes later the food’s done. Grab a roll, get some meat, little bit of barbeque sauce. Perfect. 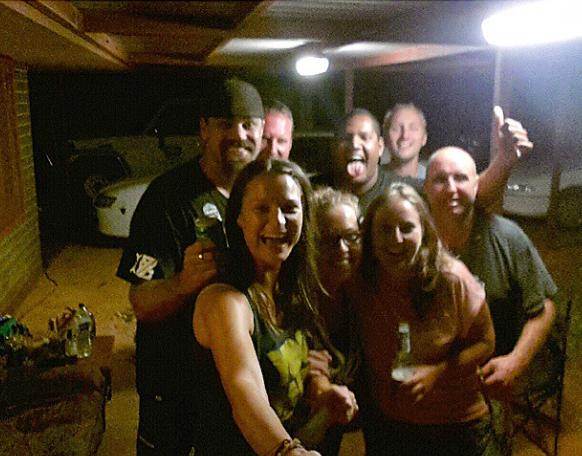 Following our wonderful evening and our wonderful night’s rest in probably the dirtiest bed in Australia, we all wake up with a slight headache. I wonder where that came from? All the mechanics are back at work and we have the house to ourselves to figure how we want to continue our road trip. Thankfully, Ben is letting us stay here until we get a new car.

We stayed at Ben’s place for six nights. We had beer and barbie for four of those six nights. The last night was just like the first. One big party.

One week of barbies

Nearly a week after the abrupt death of our beloved caravan, we are packing the new car to get ready to leave town. Even though the Supervan was ‘unfixable’ and even though the junkyard didn’t want it for scrap, Ben has bought it from us. I’m sure he’s only doing this because it’s us. Our new mode of transportation, an actual Aussie Holden Commodore, has been expertly inspected by our favourite mechanic. Ben turned down an earlier vehicle, but this one should get us to Perth without any trouble. (And it only set us back 1800 dollars)

At the end of one of the most wonderful weeks in our adventure, we had to say goodbye to the mechanics with tears in our eyes and a smile on our face. We drove the fully packed Commodore to the garage to say goodbye and to give them two delicious cheesecakes. It wasn’t enough to thank them for everything Ben and the others had done for us.

I still think Ben has left the Supervan standing in the yard of the garage, and that the mechanics look at it and remember the beautiful week we shared together. I mean, they must have quite the story to tell. Three homeless Dutch female tourists stuck in your house for a week? With parties and barbies everyday? In the end, that Supervan dying and the adventure that followed, made the best memories we could have asked for. 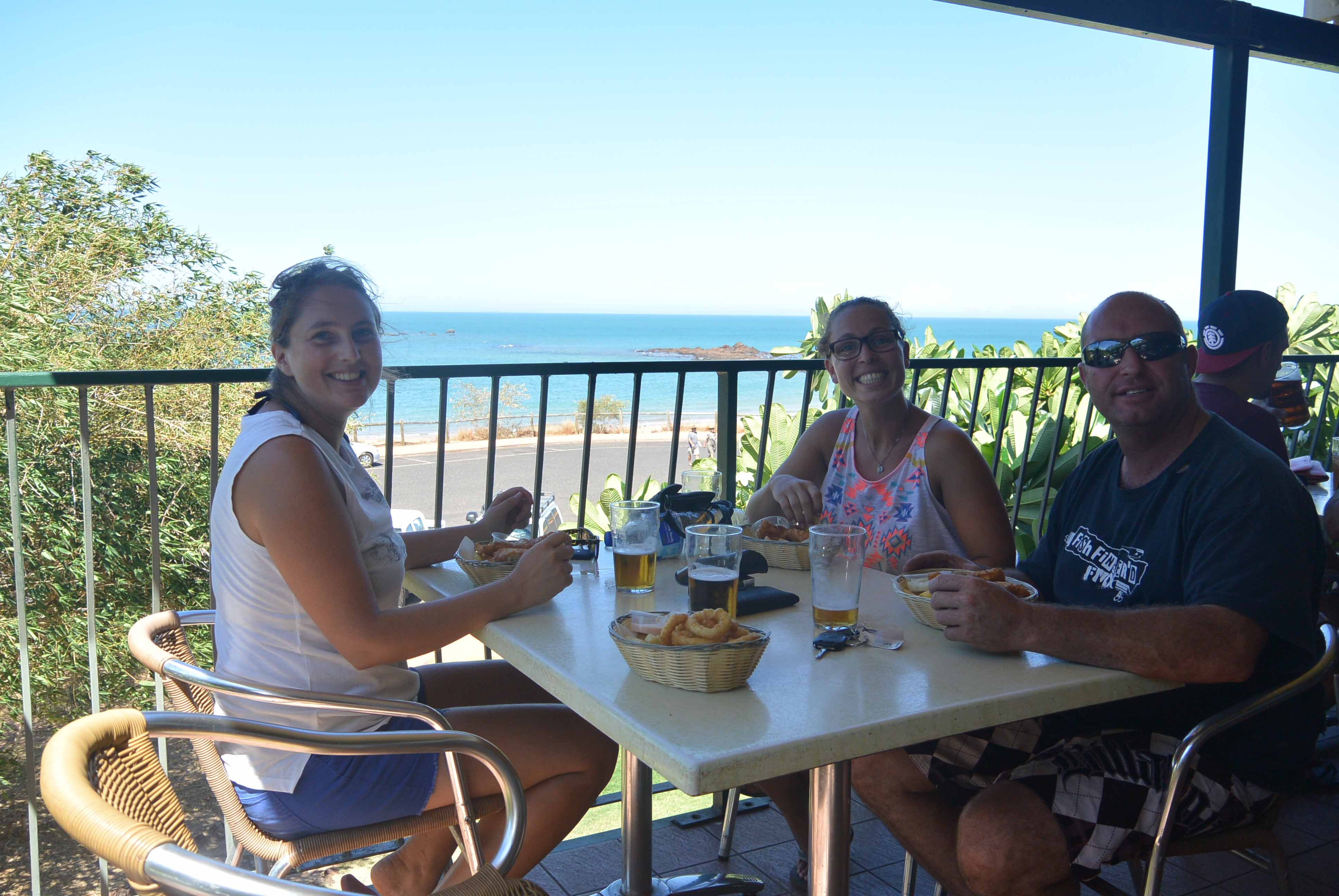 Want to know more about:
Experiences

Beautiful Places that Only the Locals Know About Read more

A dozen of the best festivals Read more

Music all over the world Read more